James 'Jimmy' Whalen DFC was born in Vancouver, British Columbia on 23rd April 1920.  He joined the Royal Canadian Air Force in 1940, gaining his wings on 25th January 1941, but soon ran into trouble, losing his commission as a pilot officer after flying his Havard under a local bridge.  By September 1941 Jimmy was undertaking missions across the continent, downing his first two machines on the 17th.  After Japan entered the war Jimmy volunteered to be sent to Asia and he became an ace in the defence of Ceylon, with his score standing at six machines by April 1942.

By August 1943 Whalen was flying with 34 Squadron based at Madras operating Hurricane IIcs equipped with bombs.  It was while undertaking a close support mission in one of these machines that Jimmy Whalen's machine barrel rolled at low level into the jungle.  Today the Battle of Britain Memorial Flight's Hurricane IIc carries his scheme as a memorial to both Jimmy and all those who defended India. 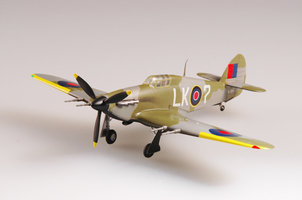 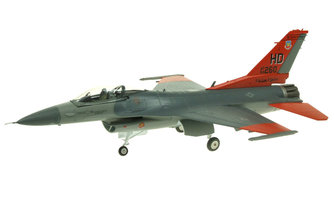