It is a fire truck designed to transport the fire team and intervene with water or foam, especially in places with a lack of water.
Škoda 706 RT is the designation of a multi-purpose vehicle, the chassis of which could have various superstructures according to purpose and need. The first vehicle was created in 1955 by shortening the 706 R chassis by one meter, on which a new, very modern trambus (bonnet-less) cabin was installed for its time.

Another significant change was the reconstruction of the engine, which received direct fuel injection, which meant an increase in performance and a substantial increase in reliability. From 1956, the Škoda 706 RT had new axles, and from 1964, versions with both axles were also produced (Škoda 706 RTP).

Škoda 706 RTHP – was the name for the chassis designed for a fire truck with a sprayer. The letter H indicated the Fire Special, the letter P the possibility of connecting the front drive and the abbreviation CAS stands for tank car sprayer. The number 25 indicates a water flow of 2500 liters per minute. The car is intended for interventions on paved roads, but in really necessary cases it can also be used on unpaved terrain. 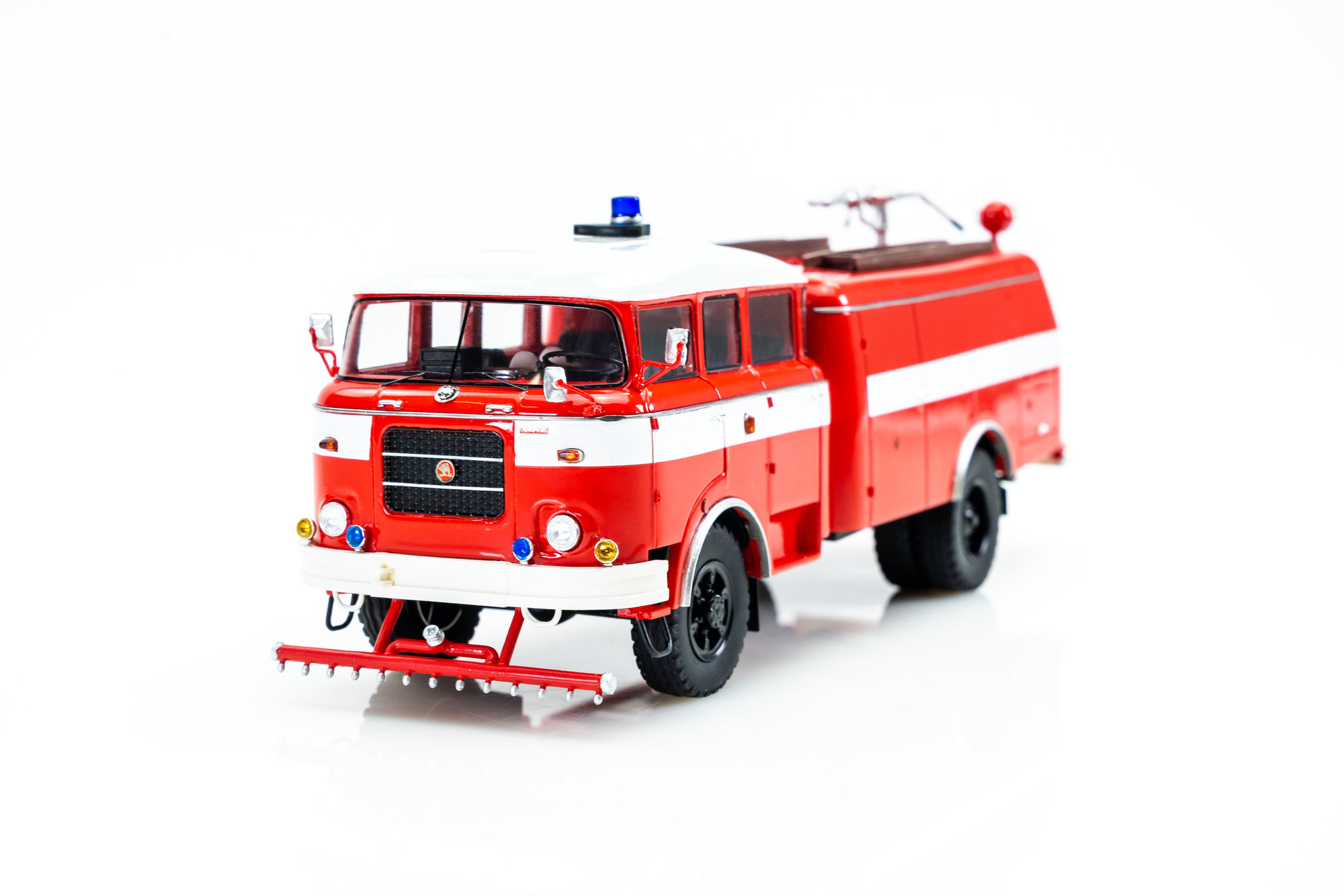 The gearbox is a classic five-valve in a "dog's leg" configuration, that is, with the unit on the lower left under the reverse gear. It is mainly used only when going uphill, or when driving slowly on an unpaved surface. While the unit is in thrust, the five is at a speed for which the engine does not have the power. The maximum speed during normal operation is 85 km/h, but the tank can also go 100 km/h. The water tank and all pipes are provided with an anti-rust coating. The foam tank is also equipped with a protective coating that best resists the chemical effects of the given substance. The exterior of the vehicle is painted in shade 8190. The total weight of the vehicle is 13,570 kg and the length is 7,550 mm.

Photo used with permission of the author of the photo: Maroš Bobák 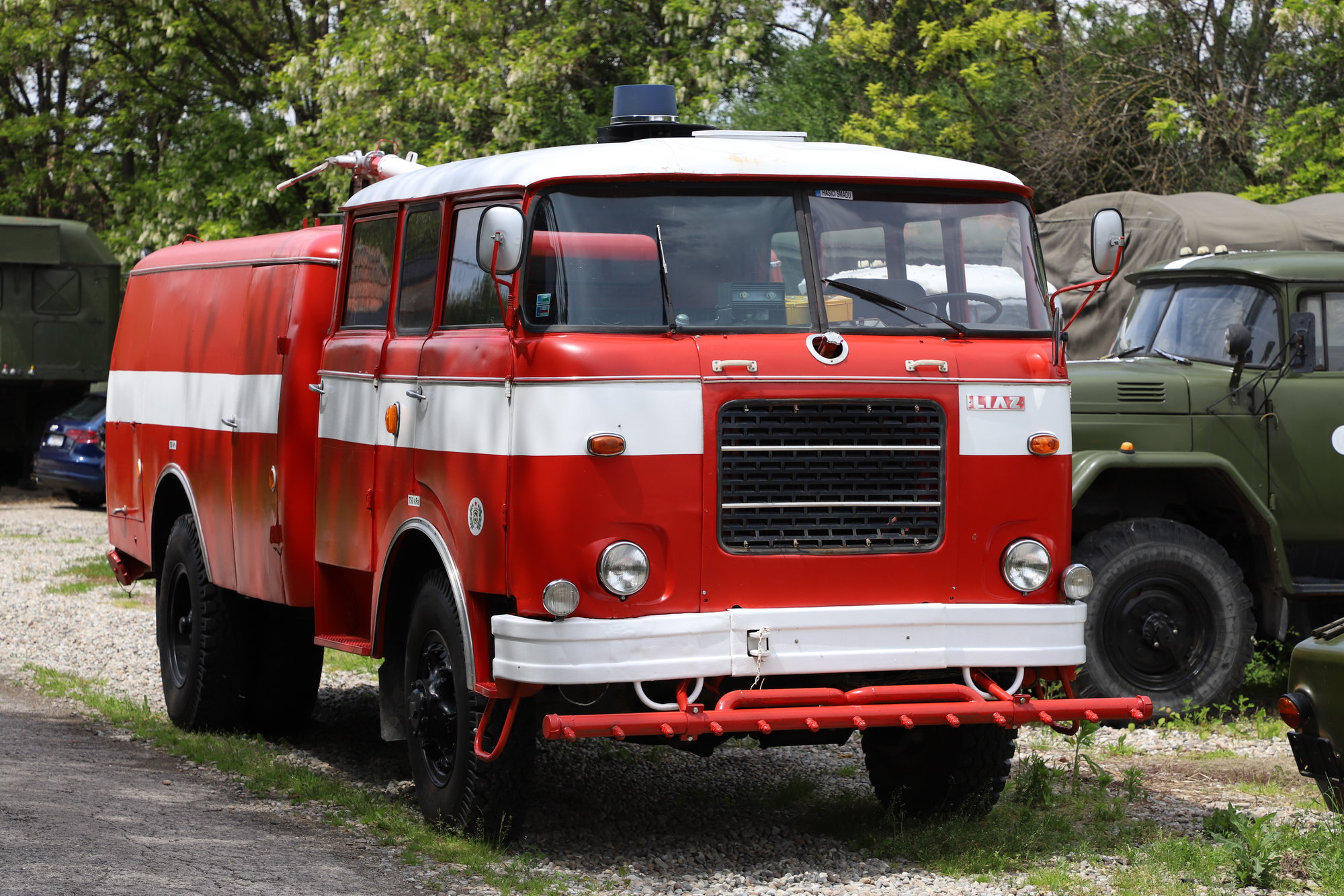 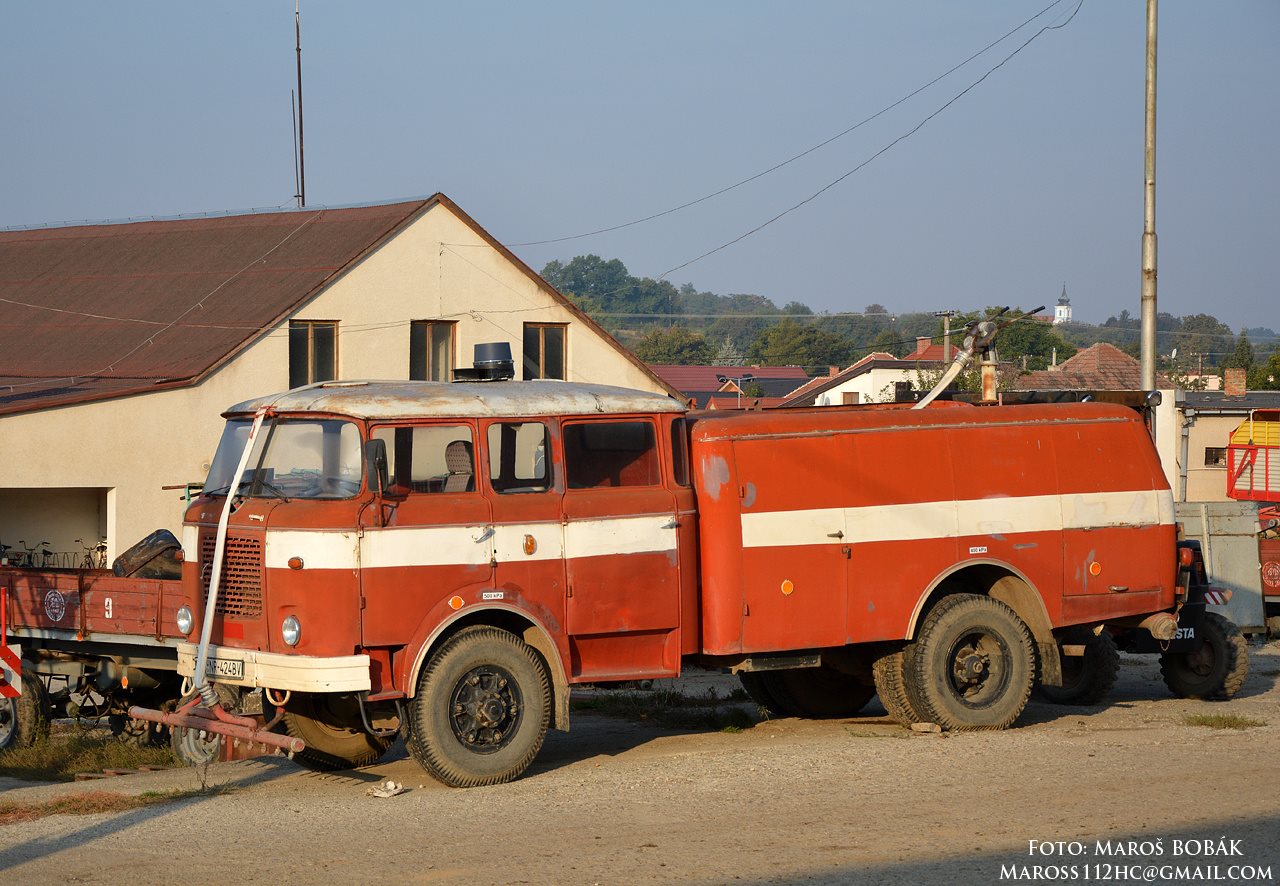 The interior of the machine 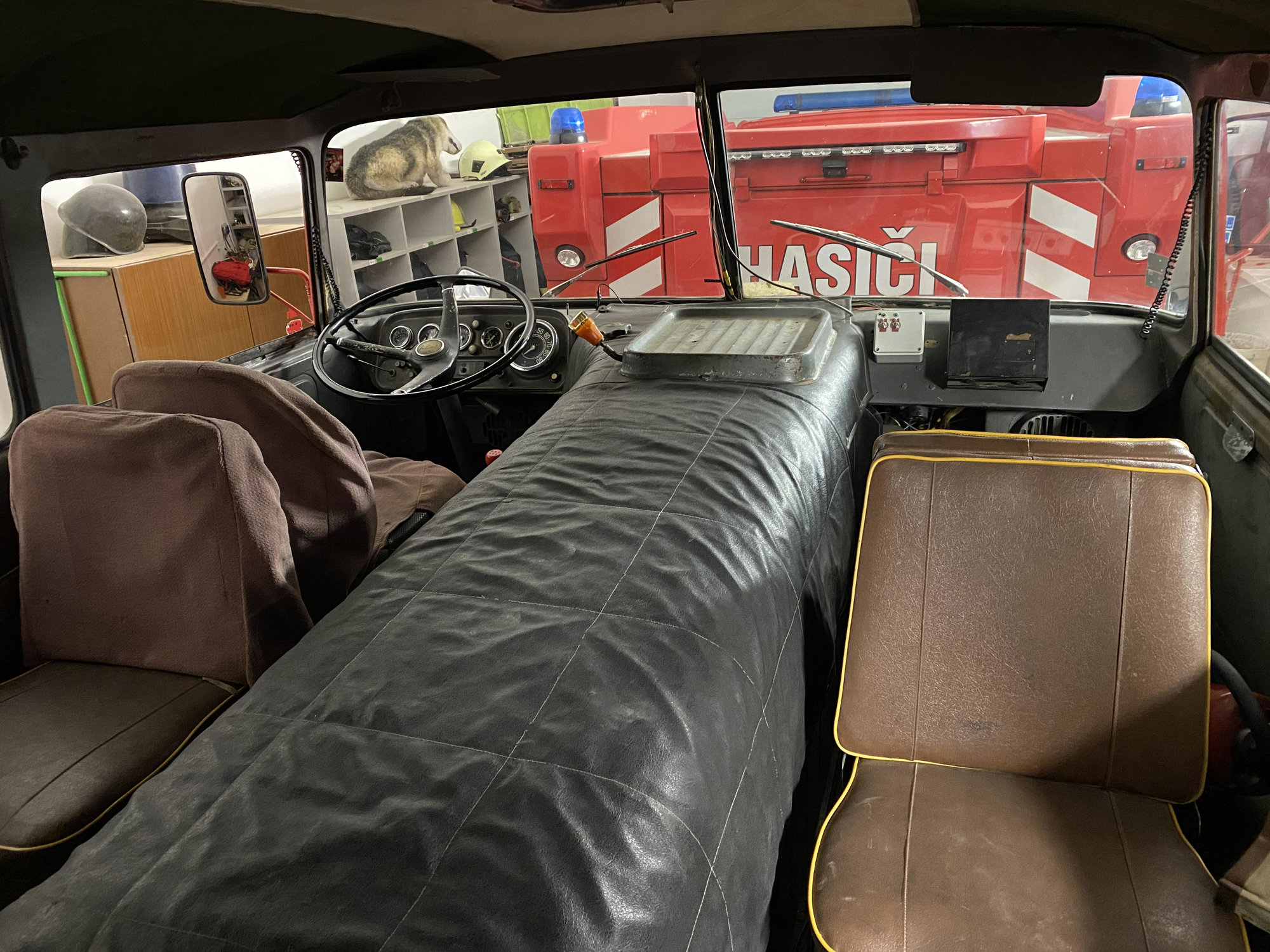 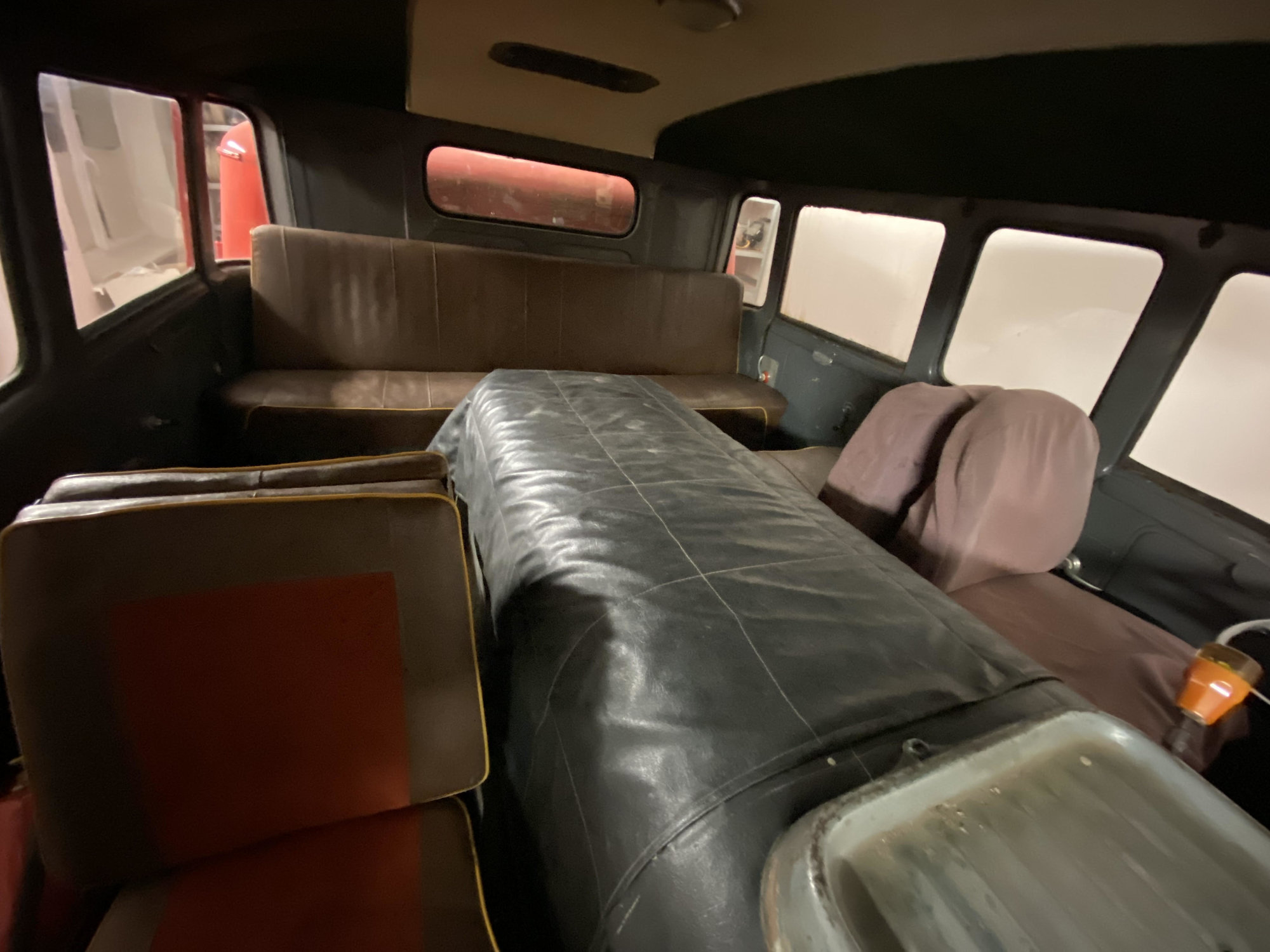 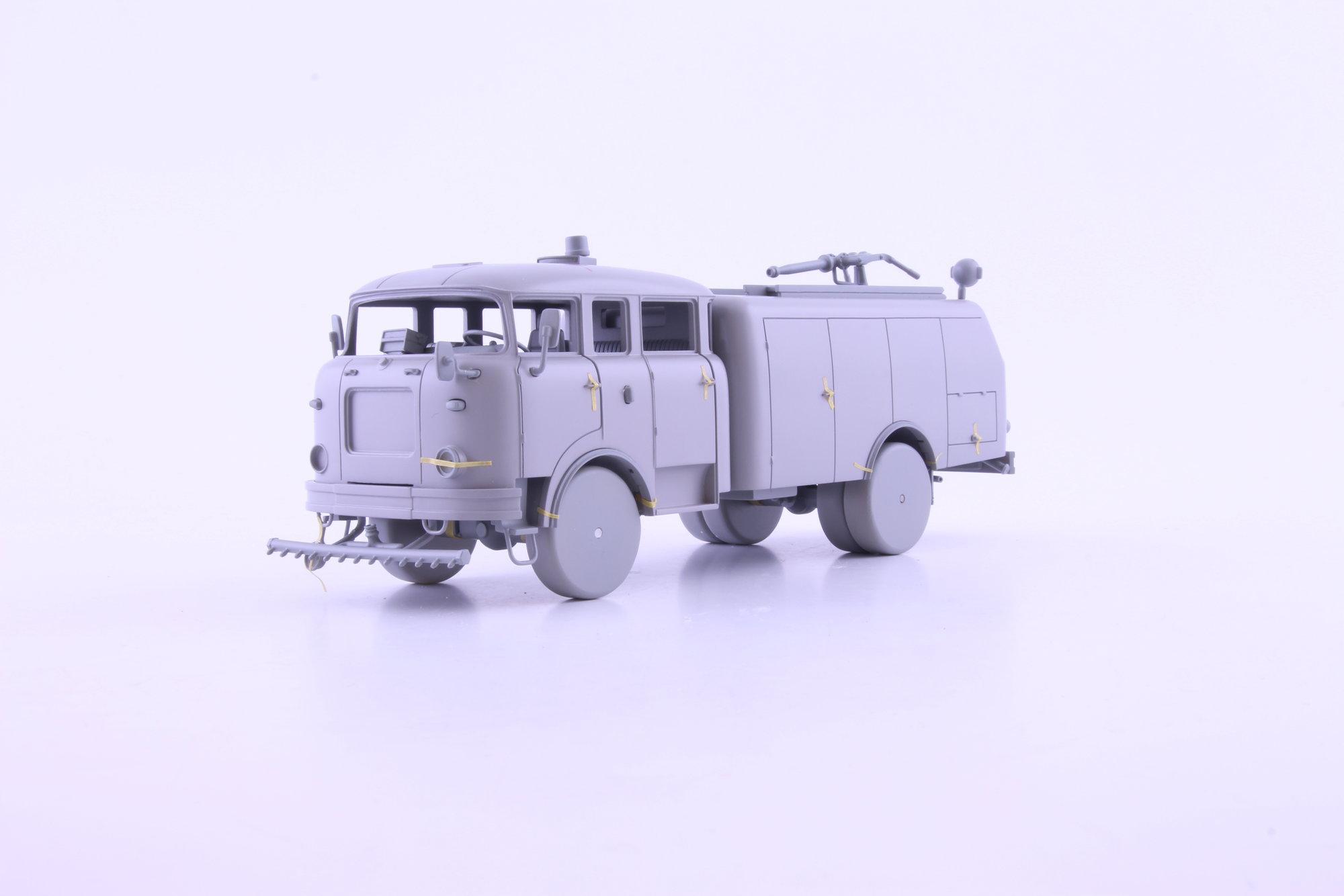 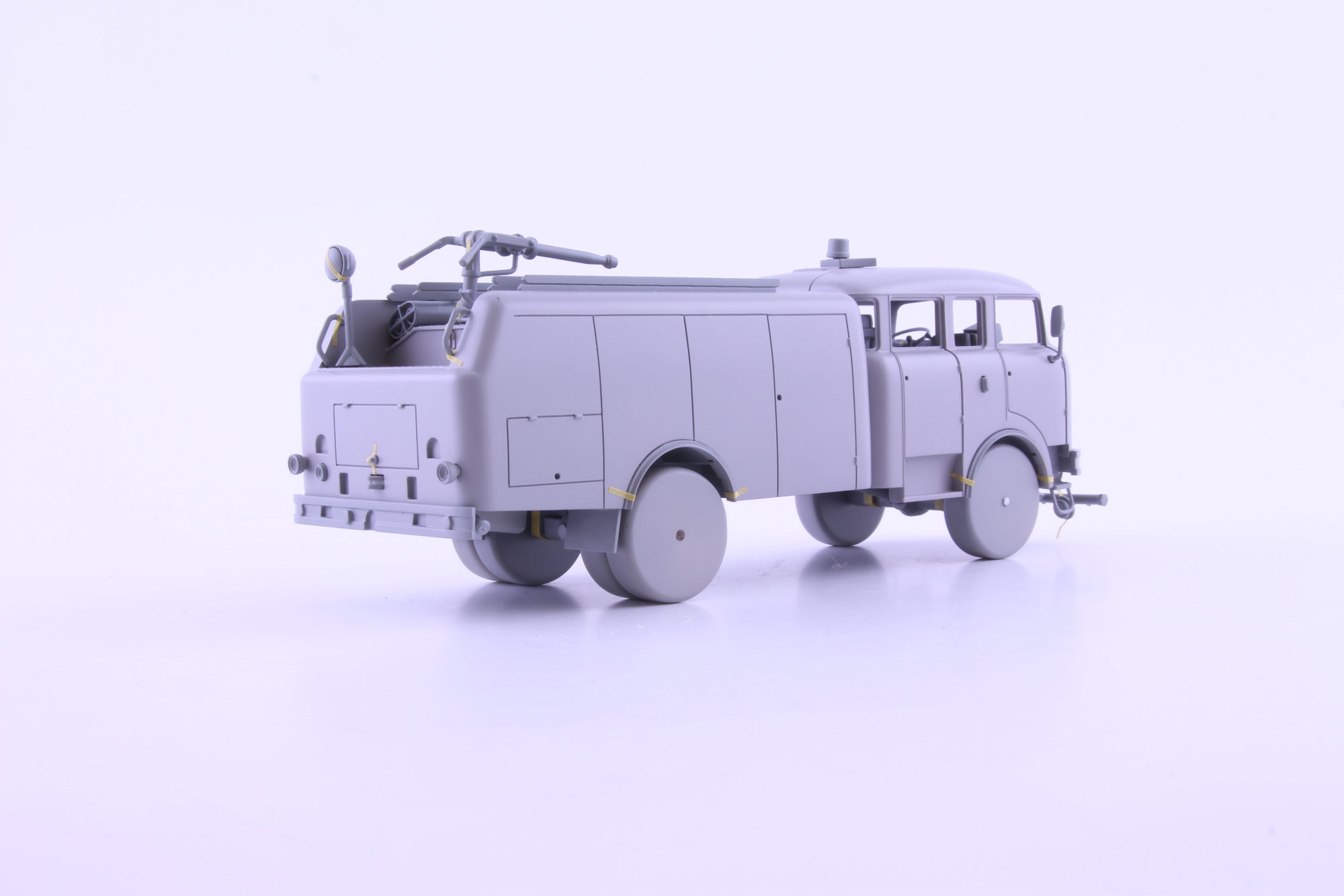 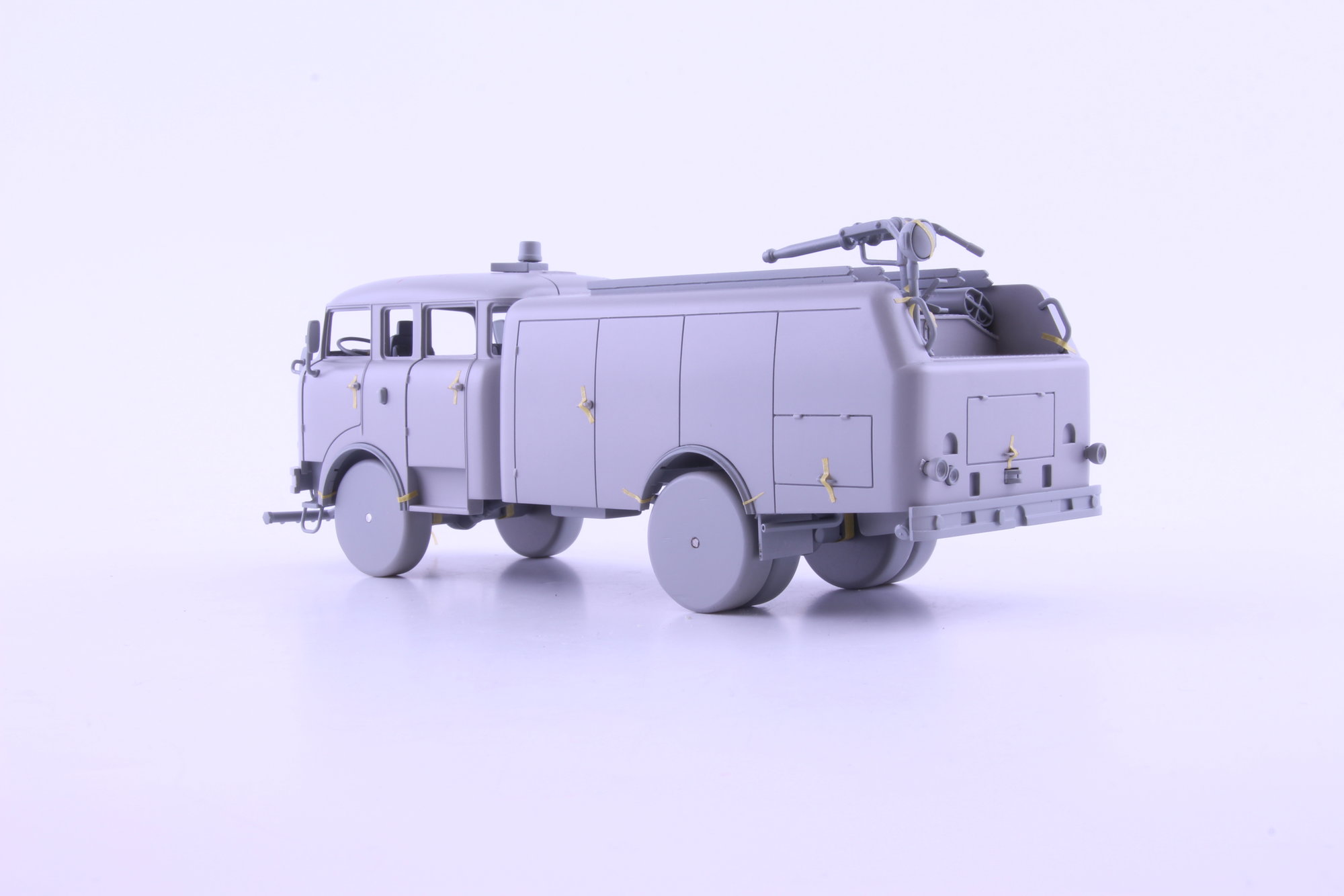 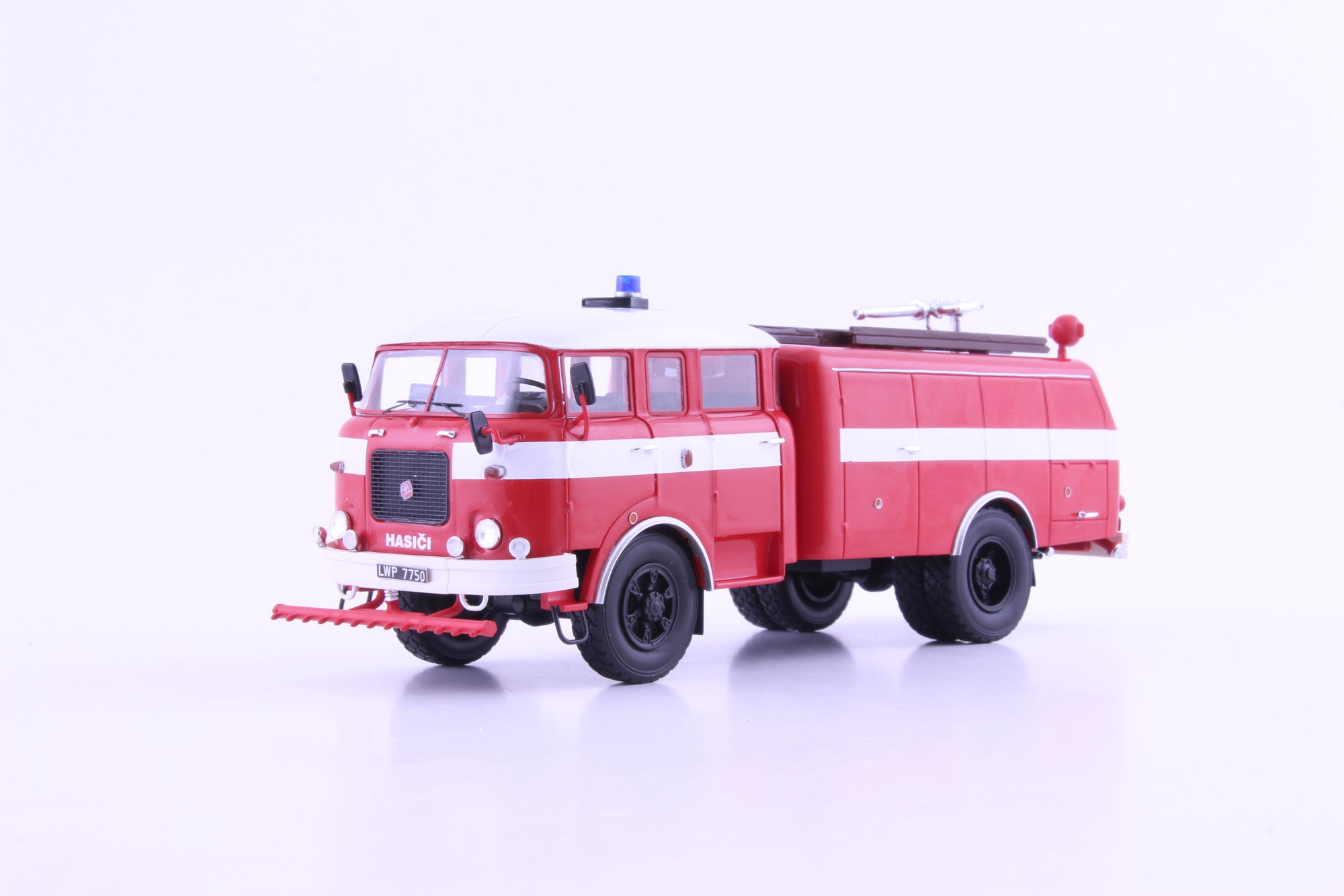 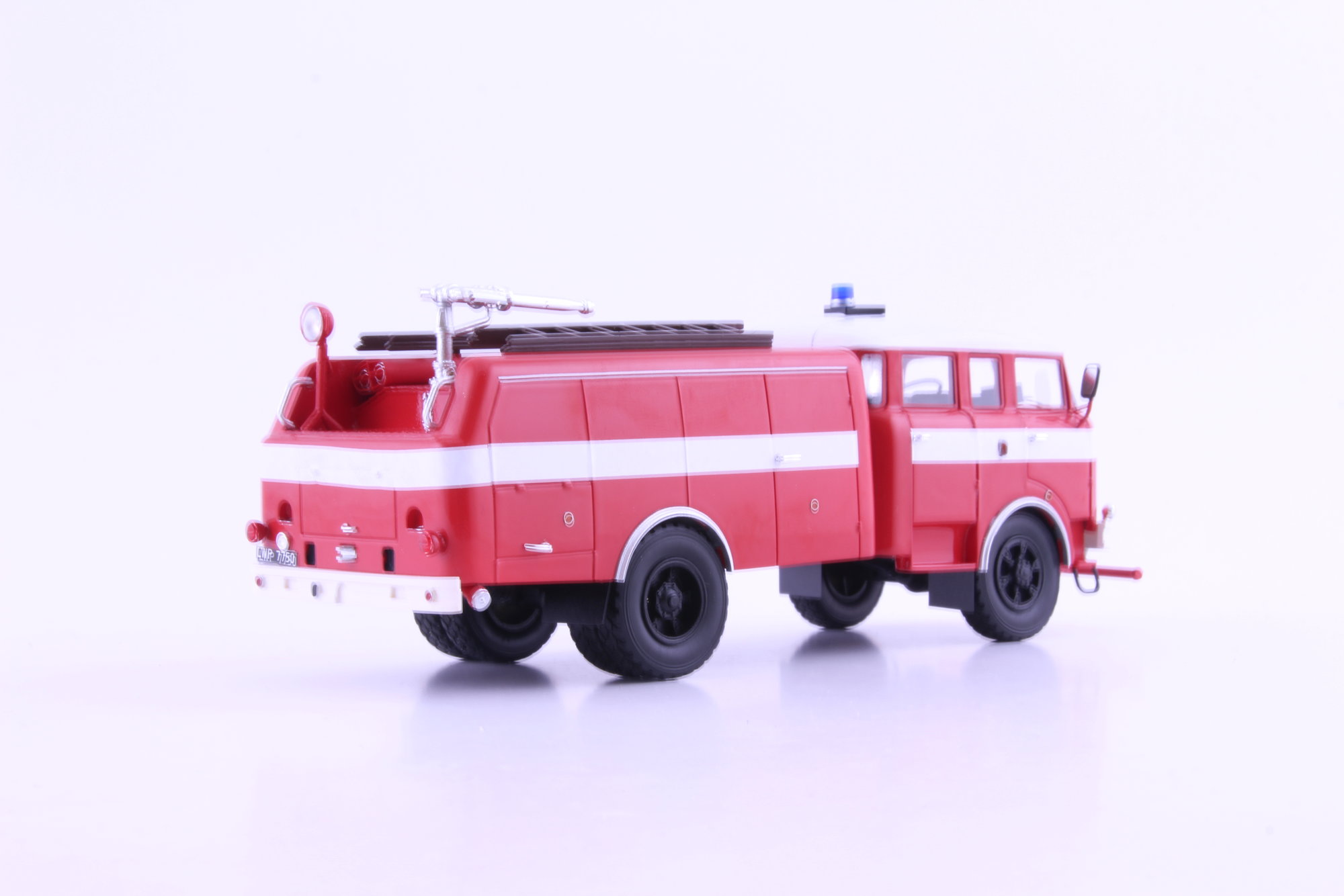 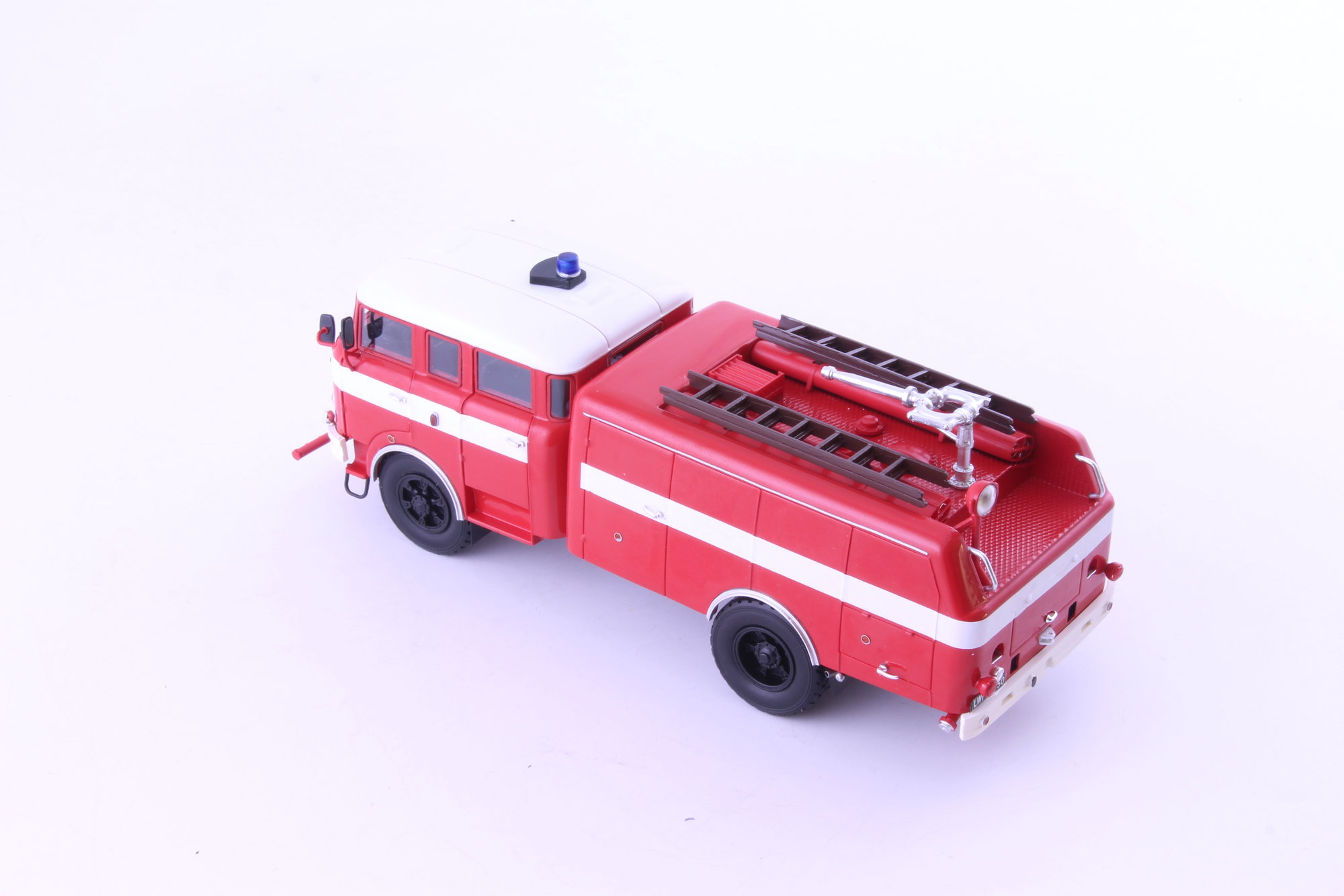 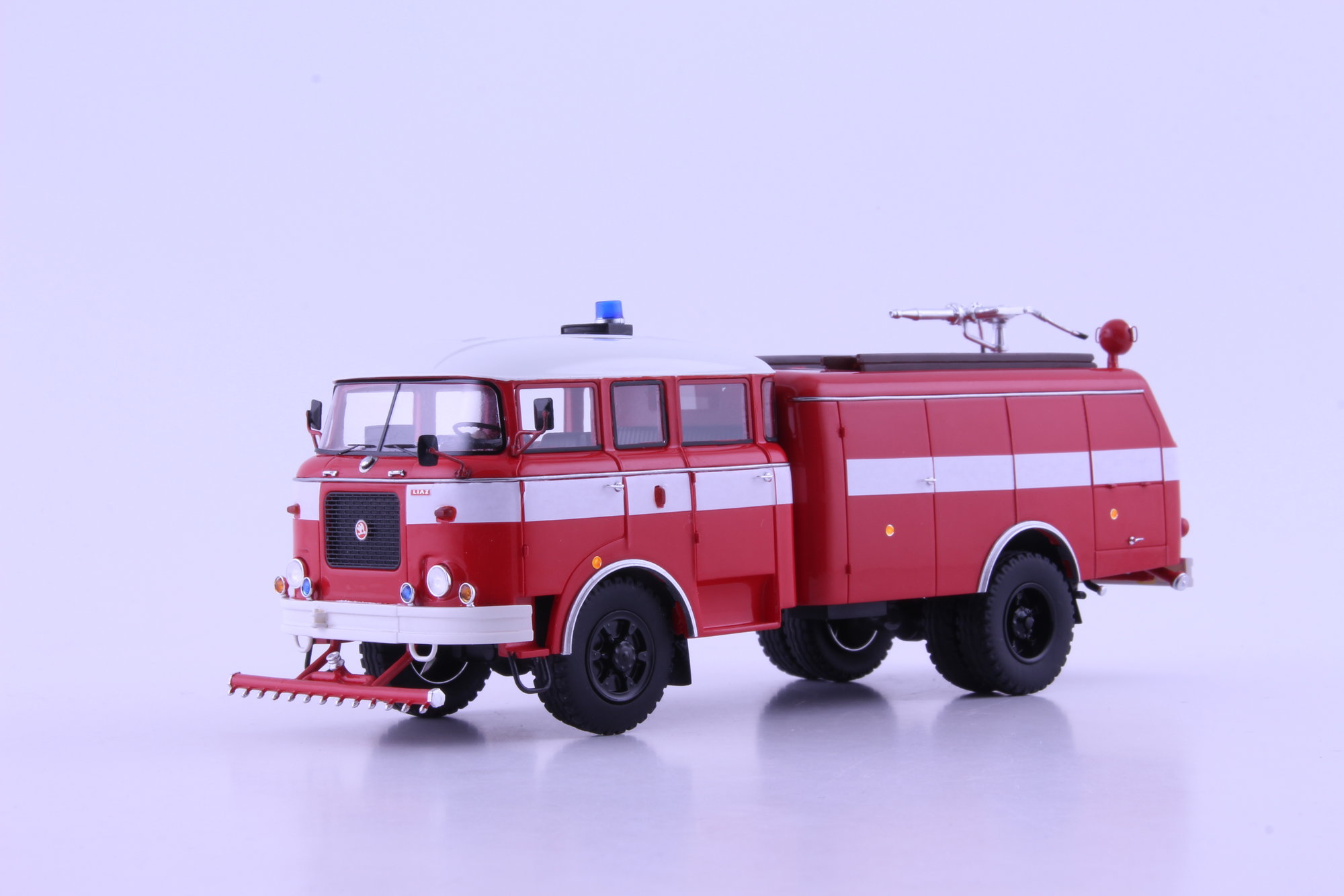 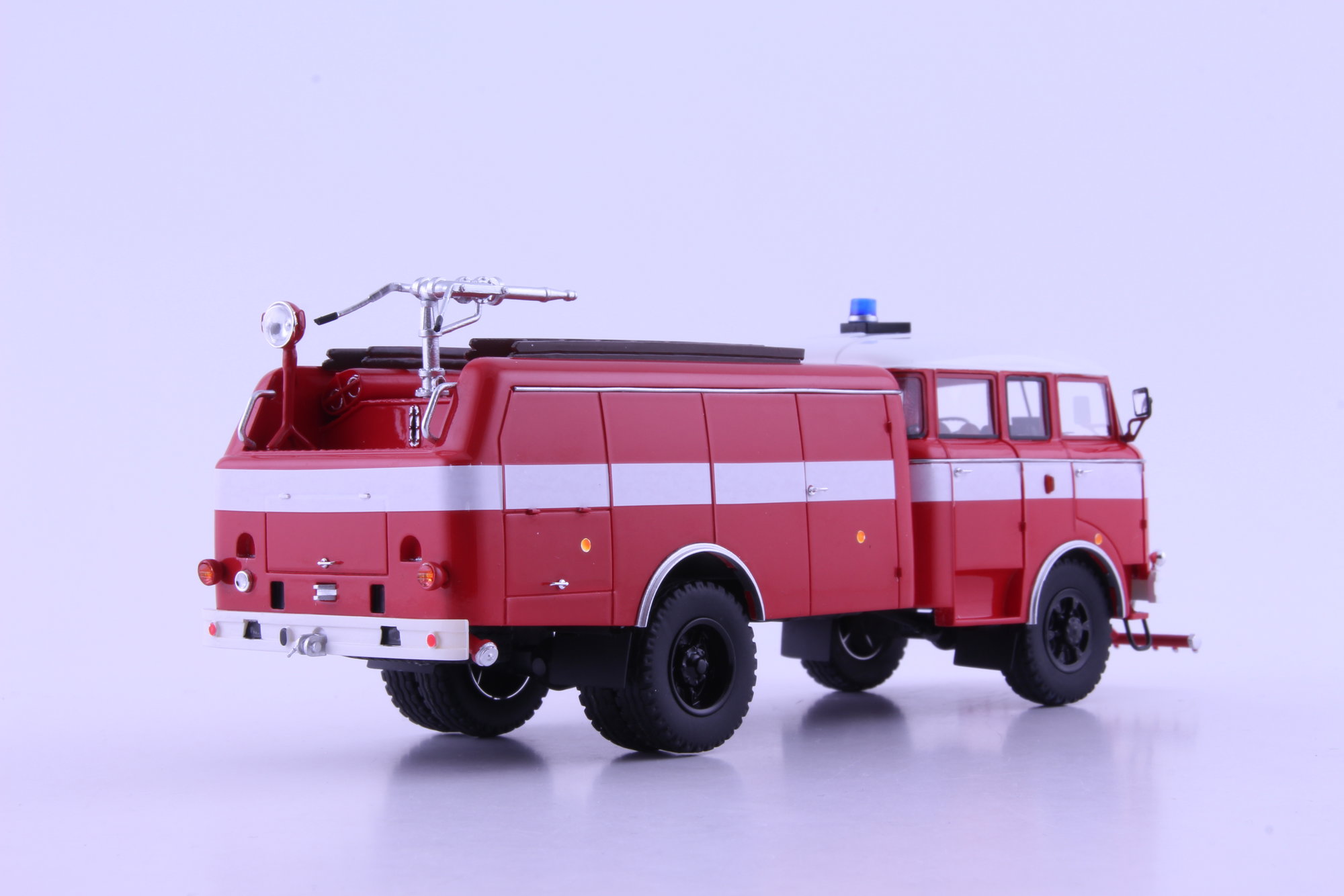 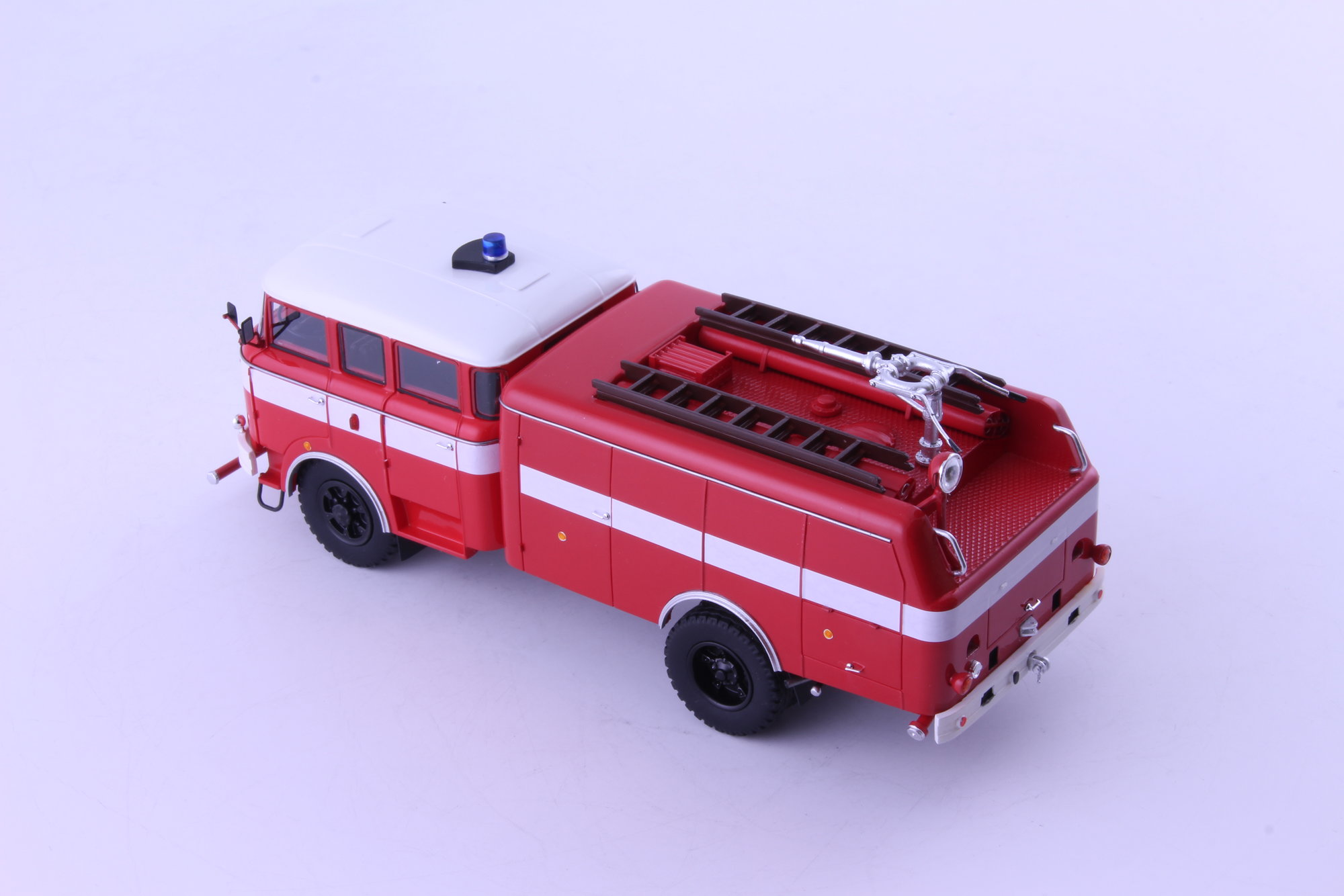 Arrival at the warehouse 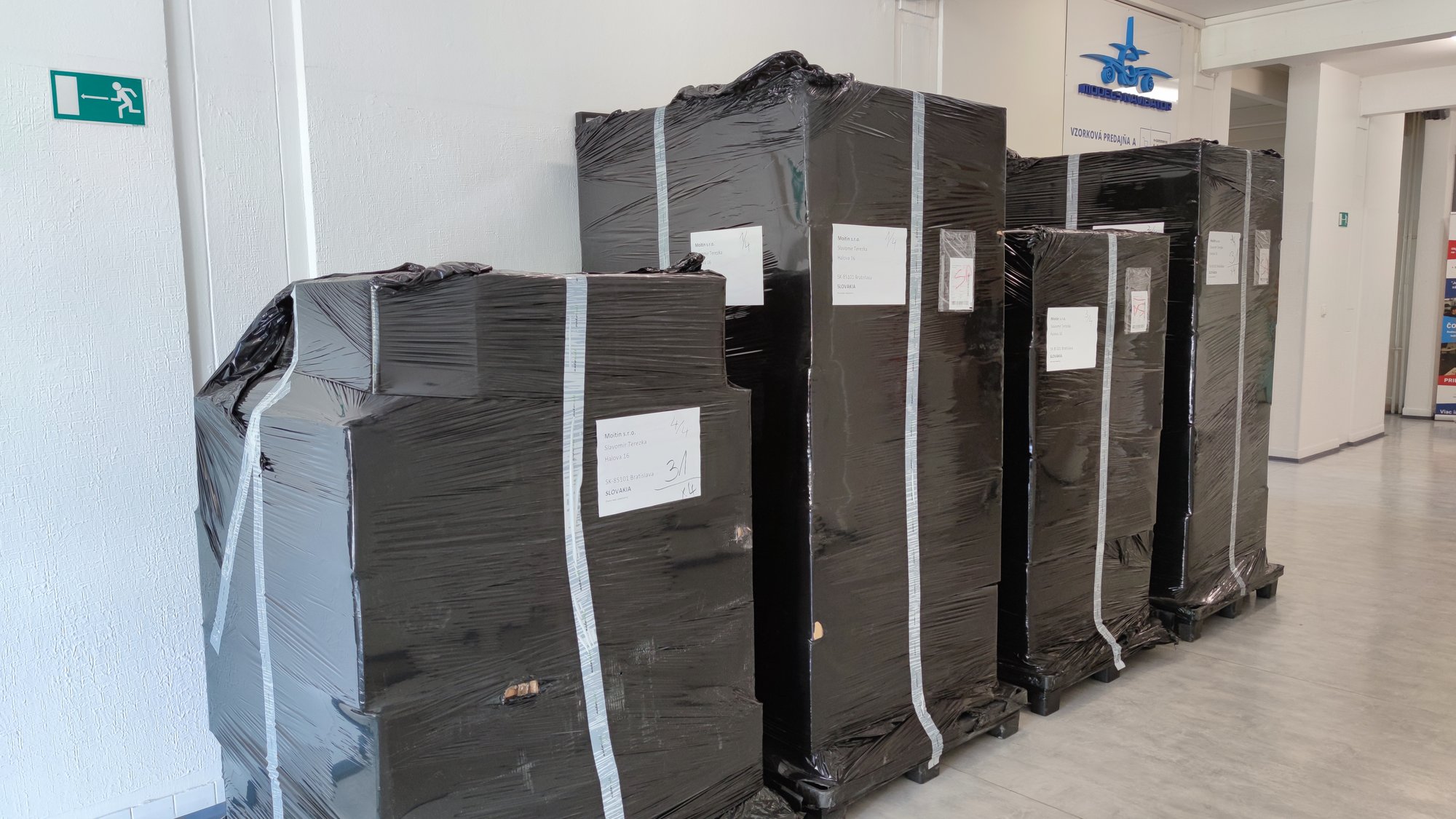 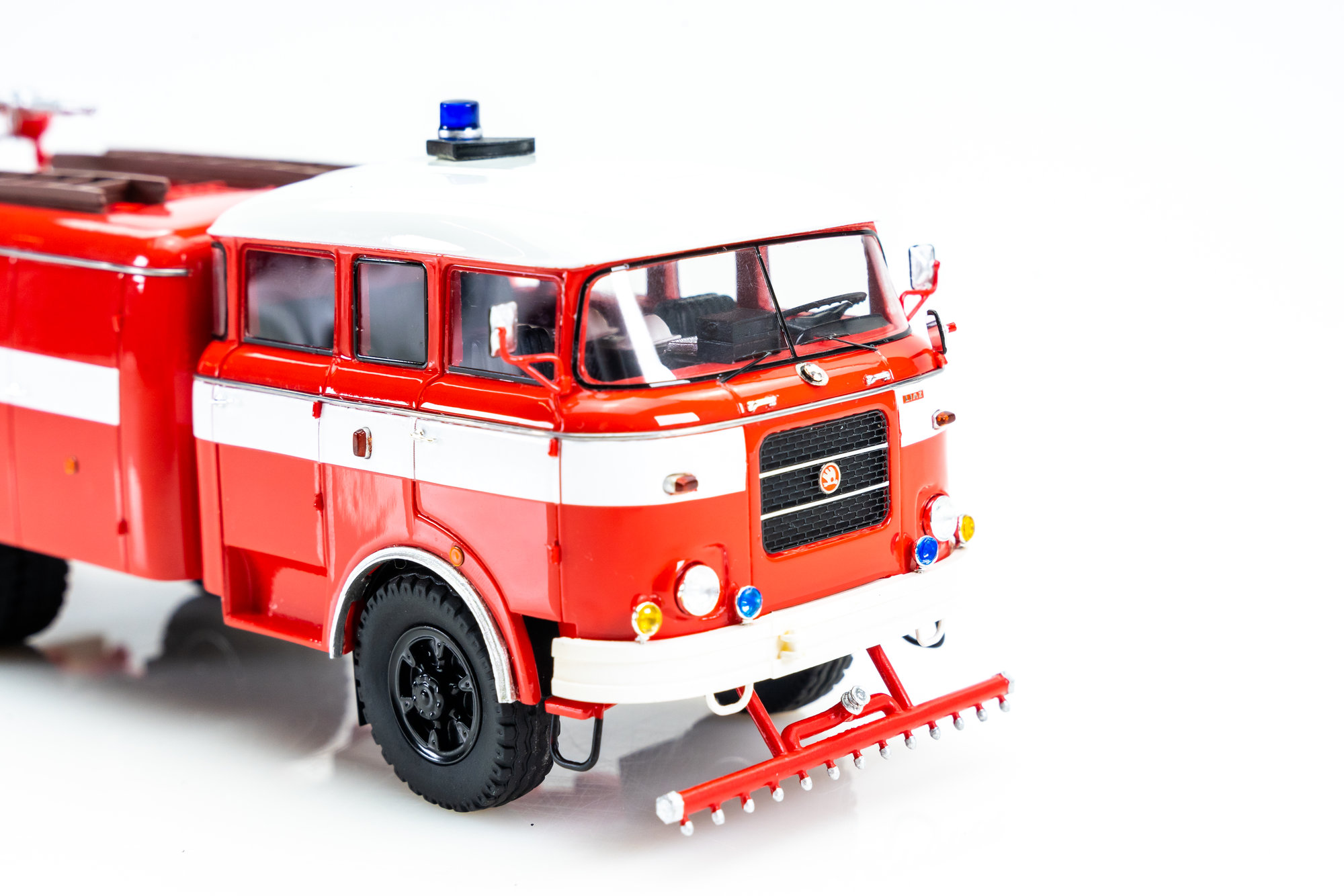 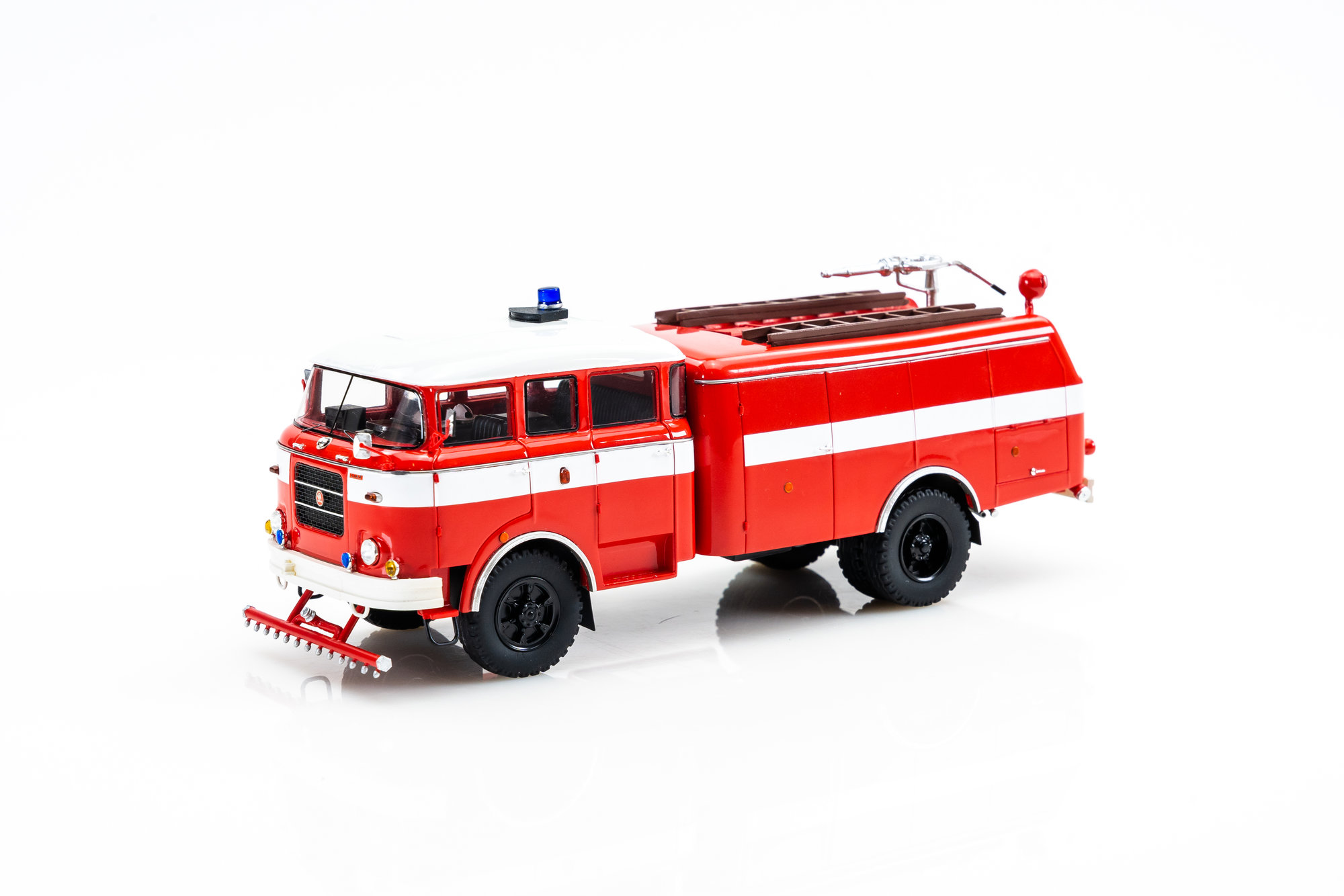 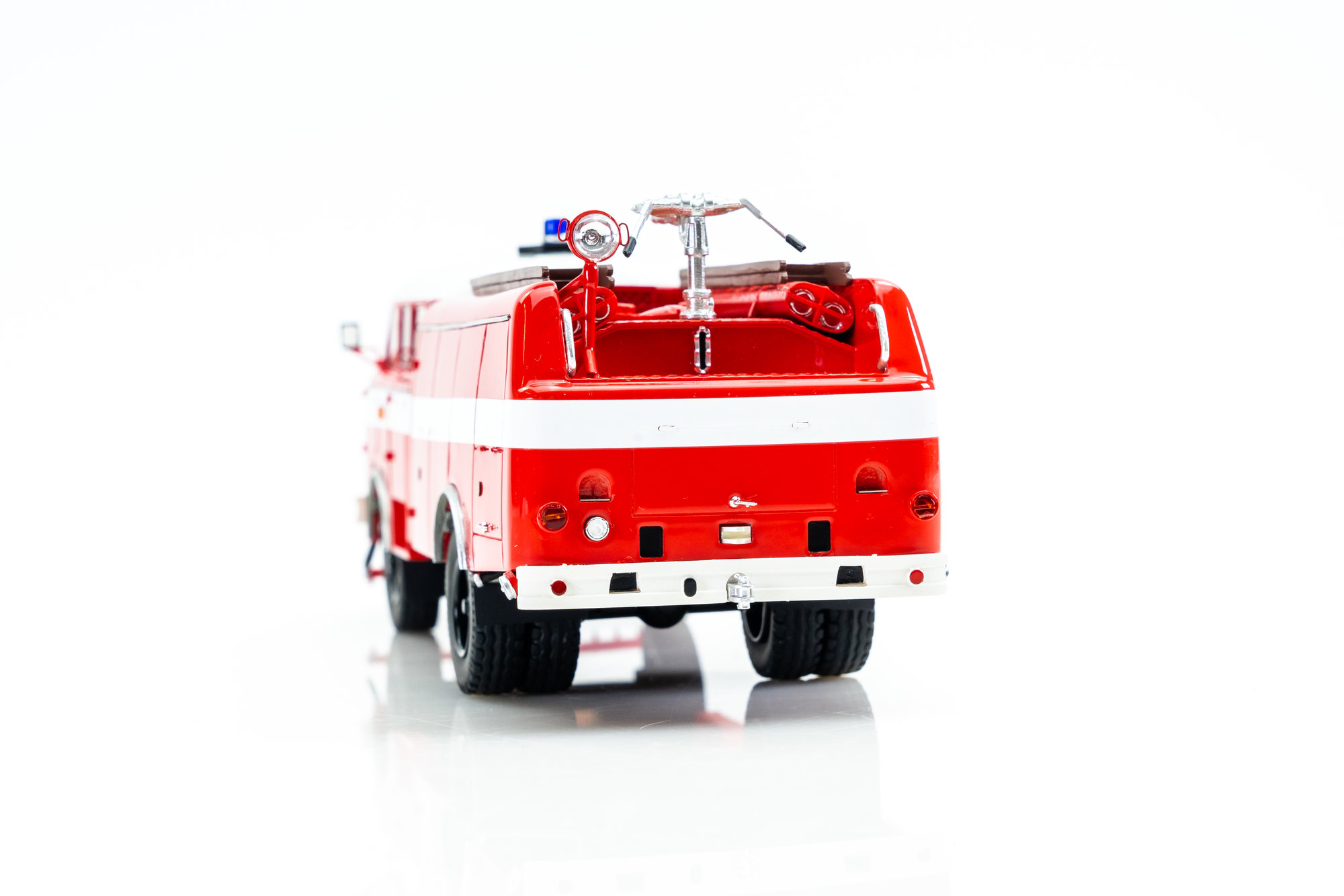 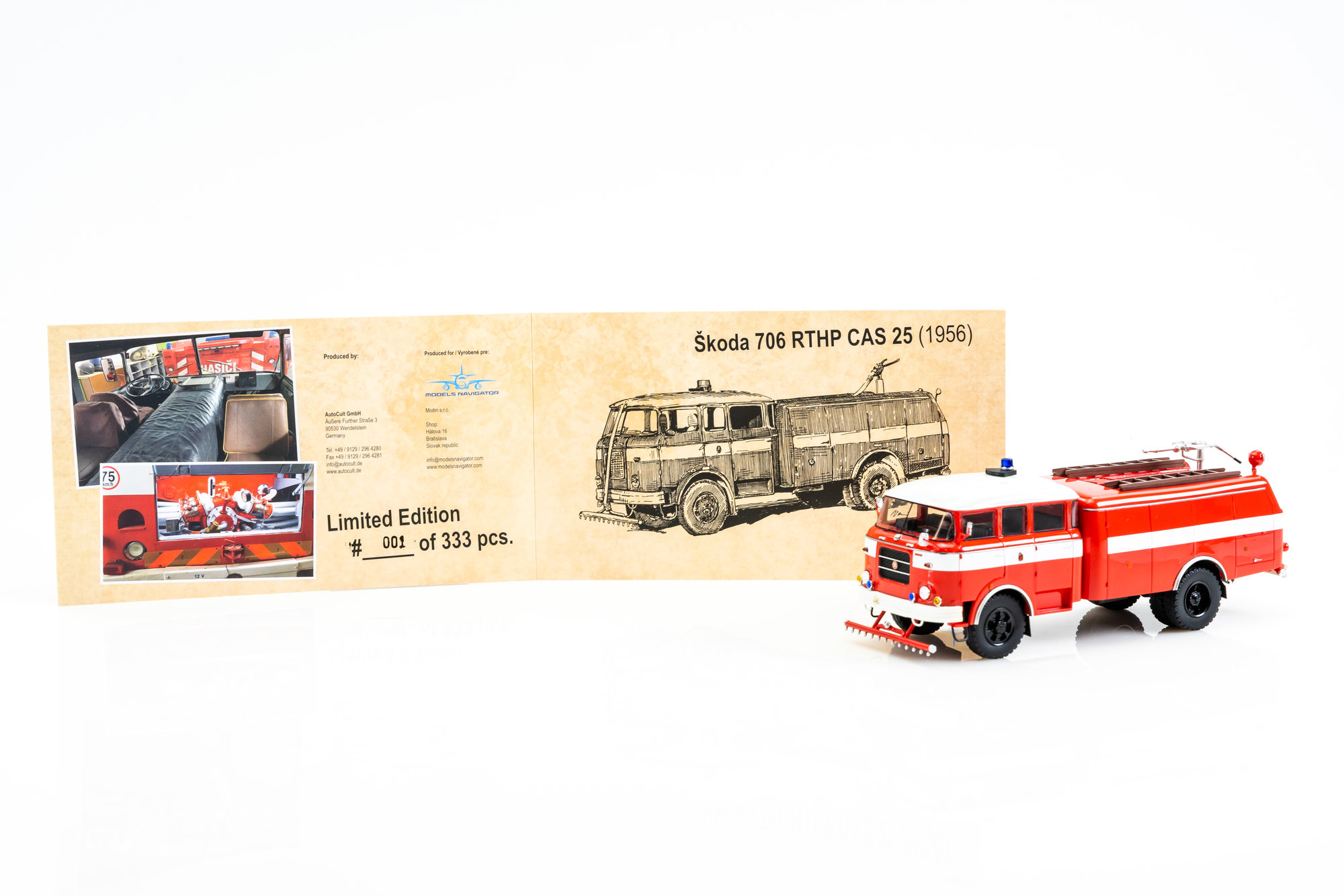 Premiere of the model 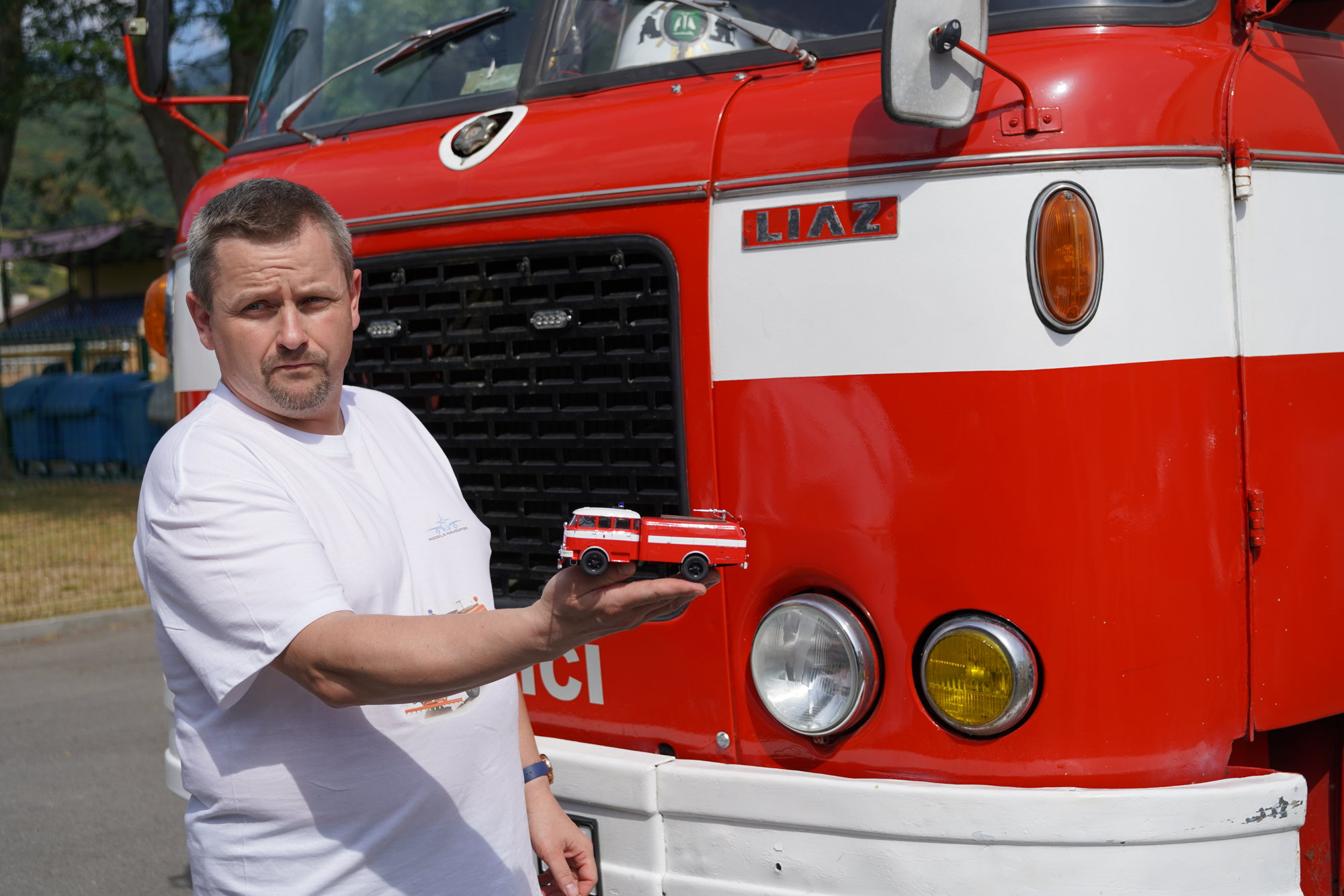 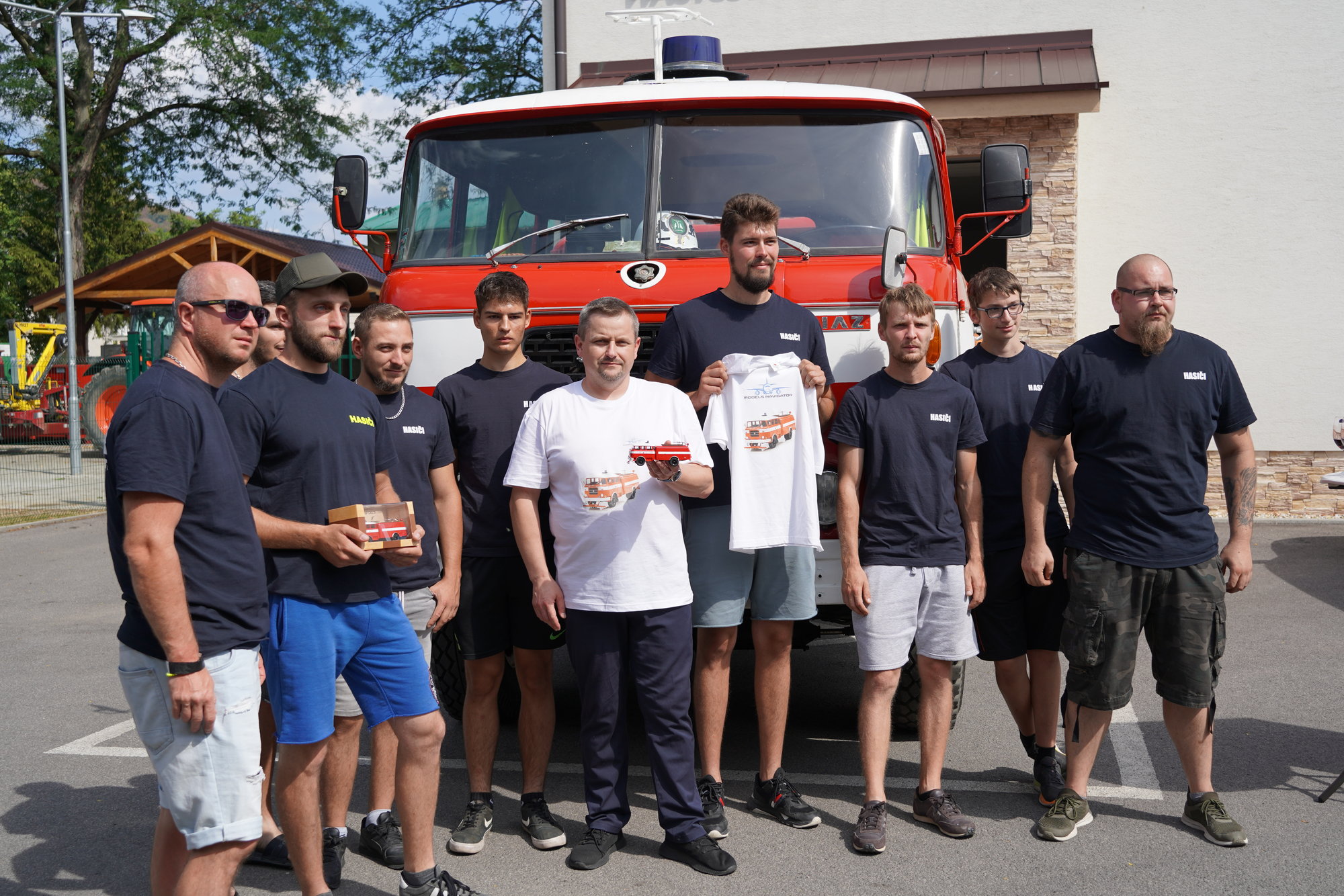 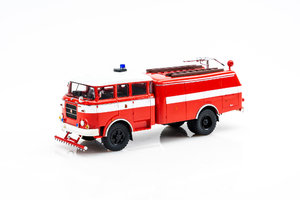