Jaguar entered the 1955 L.M. 24-hour race with a version of the D-Type which has a bonnet seven inches longer than the standard model. Hence the name "Long nose D-Type". The car had a cover above the passenger space, a fin behind the driver's head and a higher windscreen.
Under the bonnet the XK engine had a new wide-angle head and larger valves, which boosted the 3.4 litre 6-cylinder engine with three Weber carburettors to 265-270 bhp. The construction of the car combined a front chassis frame with an all-aluminium monocoque for the bodywork.
Mated with a 4-speed gearbox, front and rear disc brake and 6.5 x 16 tyres, the car could reach a maximum speed of over 300 km/h and was able to accelerate from 0-100 km/h in less than 5 seconds.
The three factory teams competing in the race were Ferrari, Jaguar and Mercedes-Benz. The outcome was overshadowed by the worst accident in the history of motor sport. About two hours after the 24-hour L.M. race had begun, two cars collided on the race track. A Mercedes-Benz 300 SLR was catapulted into the air and crashed amongst the crowd. The car disintegrated, killing the driver and seventy-seven spectators and injuring many others. The race was allowed to continue in order to prevent departing spectators from crowding onto the roads and obstructing the approaching ambulances. Mike Hawthorn and Ivor Bueb won the race in the Jaguar D-type, which had achieved a record average speed of 107 miles/hour (172.3 km/h). The remaining Mercedes cars were withdrawn from the race as a sign of respect to the accident victims.

Feature of the model: 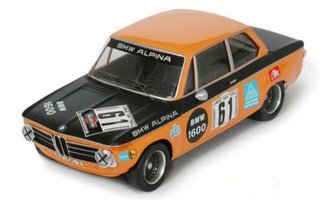 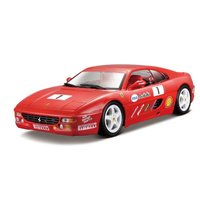 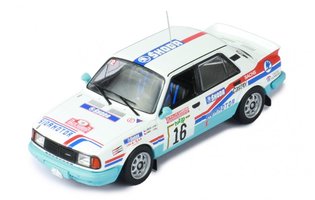 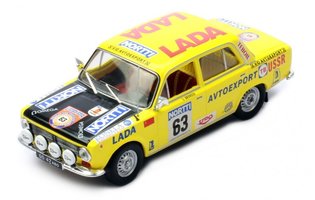 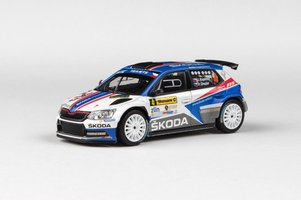